In February 2017, the Department of Labor and Employment (DOLE), through. the International Labor Affairs Bureau, established a 24/7 Assistance to Migrants and their Families Desks (AMD) which was renamed to OFW Command Center to serve as the central referral action hub for all OFW concerns needing immediate action and assistance. The Center is open for all walk-in, email, text, and telephone requests for assistance, and is also accessible through social media and online messaging platforms.

Since its creation in February 2017, the OFW Command Center has received a total of 10,716 cases involving 11,044 OFWs were recorded in 2018. Of this number, 896 cases covering 1,224 OFWs were referred to OCC by OSEC, 5,267 cases covering the same number of OFWs from other sources, and 4,553 cases involving the same number of workers were reported and monitored from POLOs.

"The operation of the Command Center will help ensure that all the concerns of our OFWs are attended to, especially if the incident involving them needed immediate action and assistance," - Secretary Silvestre H. Bello III

Email: This email address is being protected from spambots. You need JavaScript enabled to view it. 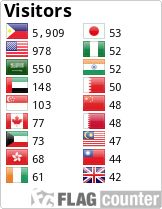